Network established to provide voice on health care in Hokonui 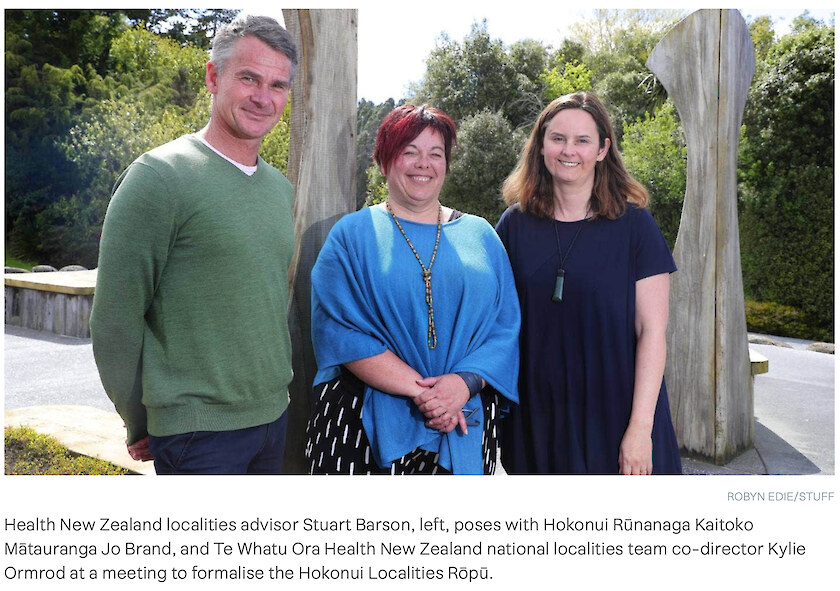 The Hokonui region has become one of two places on the South Island to trial what healthcare may look like under the health reforms.

The Hokonui Localities Rōpū will now be “knocking on doors” and talking to residents about their health and wellbeing priorities, so they can help Health New Zealand – Te Whatu Ora decide how services will be delivered in the region.

Essentially, representatives from nine different bodies will be telling Health New Zealand – Te Whatu Ora how and where it needs to be spending money, based on what they hear from the community.

Hokonui Rūnanaga Kaitoko Mātauranga Jo Brand said, most people from Hokonui would recognise someone around the table – whether it be from a sports club or in a professional setting.

Brand said while phrases like “locality networks” didn’t mean much to the public at this stage, the important thing to know was that they would be asked questions in the coming months about what they needed to be healthy and well.

Te Hau o Te Ora service manager Anna Gaitt said that while leaders could presume that might be access to a GP, for example, what people may say they need is food on the table when the breadwinner in their family is going through cancer treatment.

“It’s about what wellness means to you.”

Gore Health chief executive Karl Metzler said he was excited to be working with a wide range of agencies to get involved with the social determinants of health.

“Gore Health is the ambulance at the bottom of the cliff, but it’s exciting to work on building a fence at the top of the cliff,” he said, adding that it would be important to also look at how success would be measured.

Metzler said he was proud to be a part of one of the first 12 locality networks in the country but noted that it built of already strong and mature networks in Eastern Southland.

The group had proposed to trial the locality prototype based on the health partnerships already established in the area – most notably, Te Hau o Te Ora: a joint venture between WellSouth and iwi.

“This isn’t like we’re setting something up from scratch,” Metzler said.

Community Health Council representative Bronnie Grant said she was expecting access to services to be a recurring theme in feedback from residents, but hoped that the engagement process would help the team narrow down which services should be prioritised.

“You can’t fix everything all at once.”

Because the team would be looking at wellbeing in a broader sense, she expected to hear concerns about the cost of living, dental care and the implications of limited access, and attendance rates at school.

Te Whatu Ora national localities team co-director Kylie Ormrod said all Kiwis would be covered by a locality network by July 2024 and these geographic groups were expected to deliver a plan for their individual areas by July 2025.

Plans will be tweaked and assessed over time to make sure they’re responsive to the community’s needs, she said.

In the meantime, Health New Zealand was building a digital hub and giving network groups access to data and analytics tools.

Work was also under way to develop a guiding document explaining what locality networks were, Ormrod said.