The Murihiku Regeneration Office is connected to rūnaka through the oversight group, who keep the four rūnaka informed through communication and updates.

Portfolio management, multiple programmes, and the day-to-day running of Murihiku Regeneration is the domain of the Portfolio Director and support team (Portfolio Office). 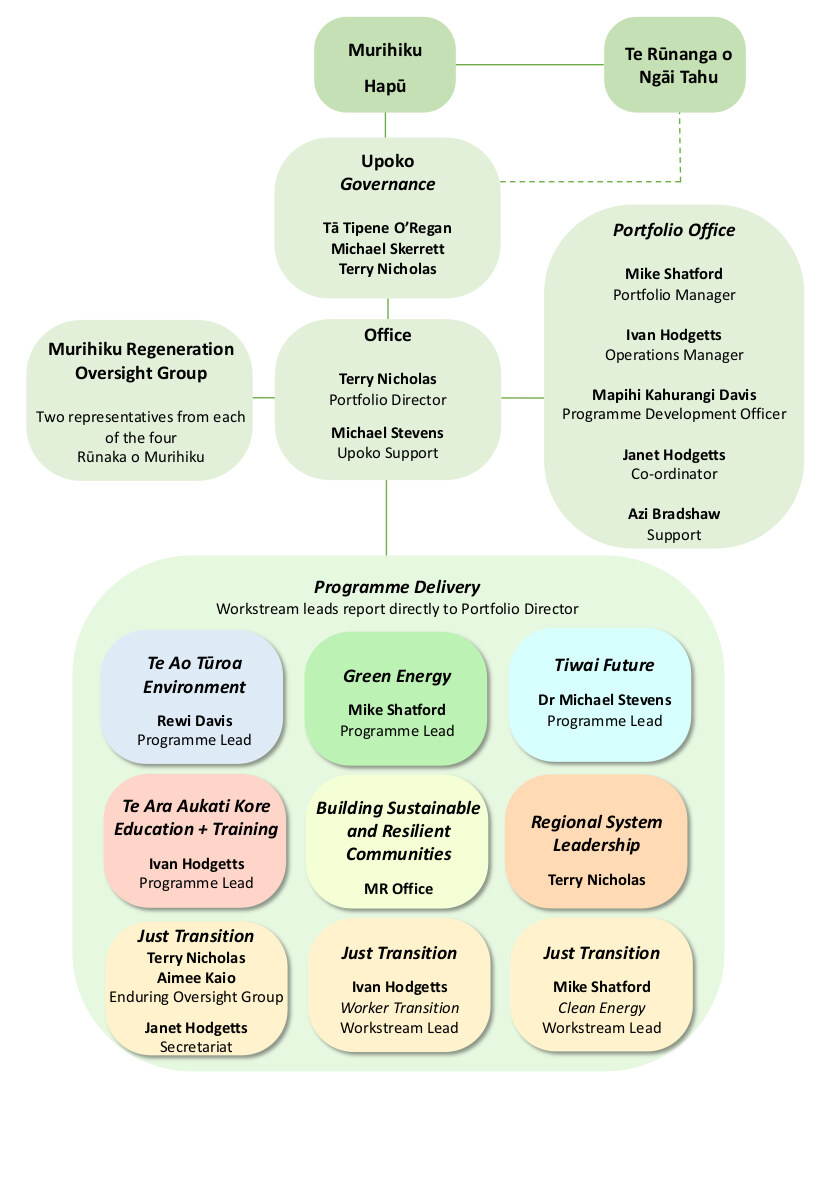 Ngāi Tahu is a large and complex tribe - the following gives context to where Murihiku Regeneration sits within the Ngāi Tahu structure. 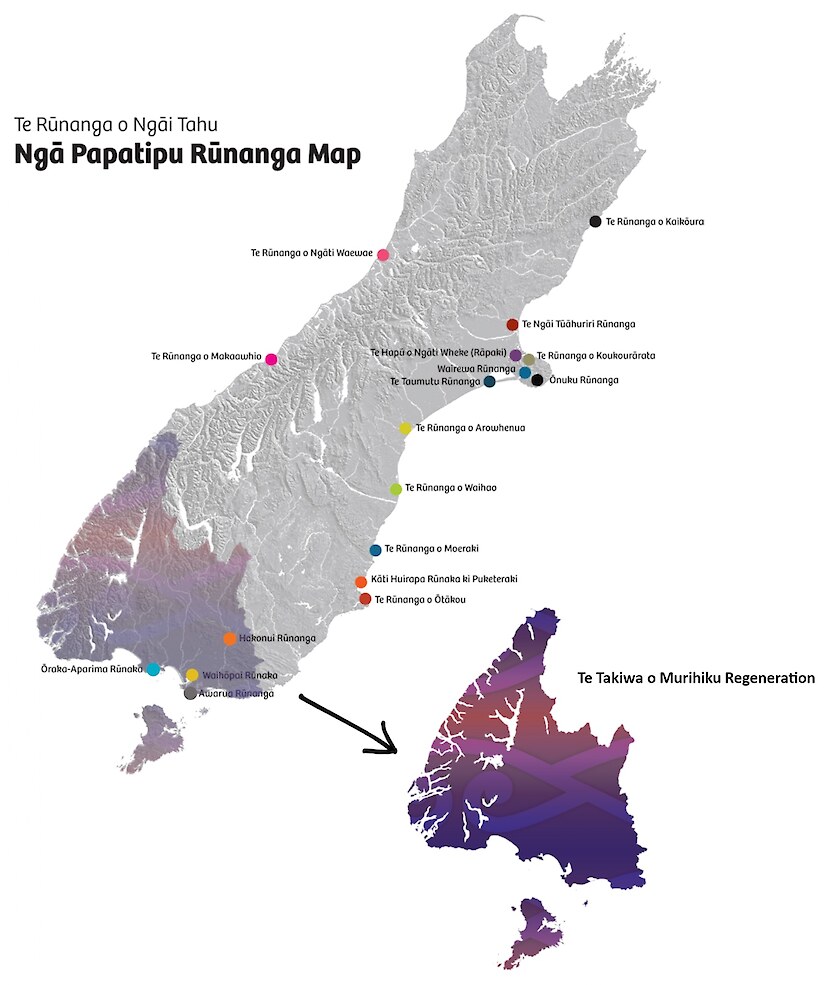 There are 18 Papatipu Rūnanga (see map), each with their own geographic location, governance structure, challenges, opportunities and aspirations for their own whānau.

Within this structure, each of the Papatipu Rūnanga set their own aspirations, priorities and goals for their geographical area and their whānau. Decision making, including determining policy positions, is generally decentralized to Papatipu Rūnanga, particularly in relation to regionally specific proposals.

Te Rūnanga o Ngāi Tahu was established to manage and protect the collective interests of Ngāi Tahu and to support Papatipu Rūnanga.

Murihiku Regeneration was established as a collaboration between the four Murihiku Papatipu Rūnanga to work together to advance their collective aspirations.

Through Murihiku Regeneration, the Papatipu Rūnanga want to be able to work closely and collaboratively with the Crown, to give voice to the Treaty partnership and to ensure a clear, coherent plan for a prosperous Southland.

EA restricts 150MW+ contracts over Tiwai concerns … By Eamon Rood, Energy News … The Electricity Authority is restricting generation firms from offering large power supply contracts that it says distort prices on the wholesale market. The EA is aiming to get ahead of negotiations around the Tiwai… Read more