New Zealander of the Year – Tā Tipene O’Regan – can now add ONZ to his name, after receiving the highest of the country’s royal accolades. 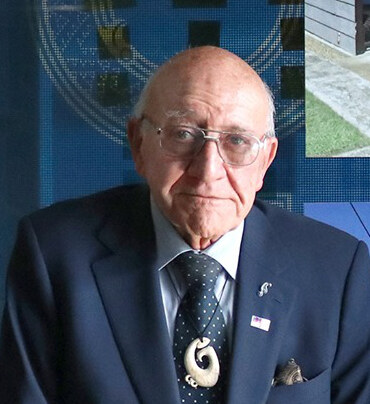 O’Regan has been named an additional Member of the Order of New Zealand in this year’s Queen’s Birthday and Platinum Jubilee Honours List for his services to Aotearoa.

The Ngāi Tahu kaumātua has worked “tirelessly throughout his life to improve the economic, cultural and social standing of Māori communities”, his award brief says.

O’Regan received a Knight Bachelorhood in 1994, even though he “wasn’t actually that keen on the idea” of the more British honour.

Just months after receiving the title of New Zealander of the Year, the news of receiving a “direct New Zealand honour” came as a “very substantial surprise”.

“It’s been an interesting year,” he said. “I relish it because it’s a very indigenous thing which still recognises the relationship I hope we will continue to have with the British.”

O’Regan was pivotal in bringing about the 1997 Ngāi Tahu Deed of Settlement and Ngāi Tahu Claims Settlement Act 1998.

He helped negotiate and shape legislative responses to Māori interests in fisheries, both commercial and non-commercial, and was the founding Chair of Te Ohu Kaimoana (Treaty of Waitangi Fisheries Commission).

The historian with a love of knowledge established the Ngāi Tahu Archive in 1978, was appointed upoko (head) of Te Runaka o Awarua in 1999, and has held numerous responsibilities on boards, universities and organisations.

After battling the Crown for many years for his iwi, Ngāi Tahu, and Māori in general, and now receiving the highest of Royal honours, he quotes anthropologist Marshall Stahlins, and a concept that “has been very important to me”.

“He said: ‘Indigenous people when adopting new ideas, concepts and technologies do so in order to become more like themselves’ … it’s not from a desire to be something else.”

But Māori evolution did not lack memory, or identity. “I’ve fostered that.”

He was grateful to have the things he had stood for, and the battles he had taken, acknowledged as having been a significant contribution to the nation’s evolution.

There would be a certain amount of family celebration, and “I’m pleased for our people”.

“You should always recognise if you’re leading the way as I have – you’ve got more battle scars on your back than your front.”

There was some way to go in the country’s evolution as a bi-cultural society, he said.

He hoped there was a “richer and more diverse culture, but which is nonetheless increasingly cohesive”.

The voice of discord in society might be more intense now than ever, “but it’s much smaller”, he said.

“I’ve been able to make a contribution to that, and I’m feeling very happy.” 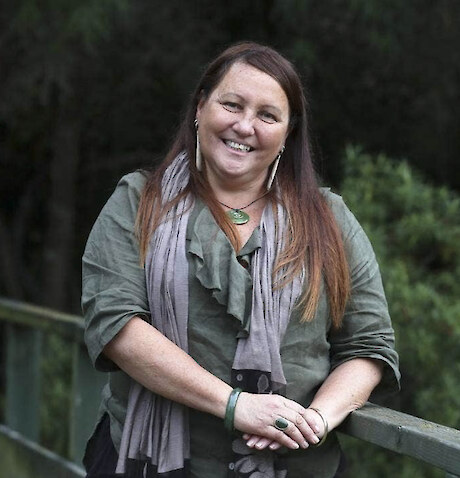 When Estelle Leask began volunteering on Whenua Hou/Codfish Island more than 30 years ago, she was shocked to learn she was one of only a few Ngāi Tahu who had been there.

She couldn’t believe her people did not have access to their own island, so asked herself: “how can we change that?”

Now, partly thanks to her determination there is active co-management of the island between Iwi and the Crown.

Her love of conservation had led to her being named a Member of the New Zealand Order of Merit for services to conservation and Māori in this year’s Queen’s Birthday Honours.

Her drive for the protection of the native parrot and other species is the explanation she wants to give future generations.

“I don’t want to be responsible on my watch to explain to the next generation ‘sorry, we couldn’t do it’. Especially iconic species like kiwi and kākāpo. How can we be Kiwi without kiwi?”

Growing up in Bluff with a mother from Rakiura and a father from Whakatāne, Leask learnt from an early age what being a kaitiaki meant.

“That realisation and sadness of losing native species because of pests.”

Leask also dedicates her time to Te Korawai Whakahau, a community-based facility and native plant nursery that is growing trees for the restoration of Bluff Hill.

The Jobs For Nature fund allowed them to employ young people to do the work.

“It’s been a game-changer for us - 30,000 trees have been grown and will go towards restoring the mana of Bluff Hill.”

It was important also to give birds a safe haven, she said.

Leask has had a lot of support from her husband, who encourages her to volunteer in the community.