Find out about Te Tapu o Tāne - a new environmental iwi-led charity that’s been set up to enhance mahinga kai and whenua connections. This vision is guided by Te Ao Māori, tikanga, rangatiratanga and mātauranga of our tīpuna.

A wide range of environmental projects will be initiated to help recover natural systems, enhance indigenous biodiversity, and increase resilience.

Watch the video below from Tahu News, or read the article published in Stuff: 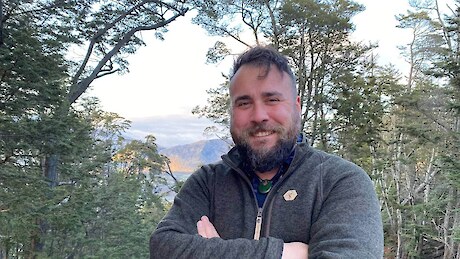 The projects will be overseen by the Papatipu Rūnanga o Murihiku, representing Hokonui, Waihōpai, Awarua, and Ōraka-Aparima rūnanga.

Te Tapu o Tāne chief executive Jana Davis said the Jobs for Nature funding would allow the charity to fast track the launch of its first nursery, off McIvor Rd in Invercargill.

The $2.125m will build on $1.98m of funding already received from the Ministry of Primary Industries through the One Billion Trees programme, Davis said.

It would be working alongside Ngāi Tahu, local government, central government and private partners to commercially provide plant sales, as well as planting and habitat restoration services during the project.

“It’s a native tree nursery operation, and we’re going to be using it as a home base for catchment rehabilitation services. So we’ll be sourcing the seed, growing and planting natives, [doing] pest control, water monitoring,” Davis said.

“So rain, hail or shine we’ve got somewhere to work, and when projects come up we can go out and do plantings and then come back, and the projects we’re doing are more than just planting – we want to understand the significance of the areas.”

It is expected the new nurseries will produce more than 700,000 new native plants and trees each year, he said.

“So a lot of flaxes, beech, tōtara, anything that we can use to help prevent run-off, basically getting rid of exotic species and replanting it native.”

Seeds for the nurseries to grow these plants would be eco-sourced, meaning that if seeds are taken from a specific area then the plants would go back to that area, Davis said.

About 25 kaimahi (workers) would be employed during the three years of funding, with the first beginning on Monday, he said.

“I’m super excited, I’m going to close the laptop for a few weeks and get to know the new team. We’ve got some really cool, young rangatahi coming on board that are new to the industry.”

Te Tapu o Tne had also been engaging with Southern Institute of Technology to create tailor-made courses for nature-based work which would include training in Mātauranga, he said.

“This project is more than just establishing a native tree nursery; this is full scale catchment rehabilitation from a te ao Māori perspective,” Davis said.

Te Tapu o Tāne translates to The Sacredness of Tāne and his tamariki.