What Murihiku learned from past transformations

Imagine a southern Murihiku that uses the region’s natural resources and its proximity to Australia to produce a global energy commodity and transform its economy in the middle of a pandemic. 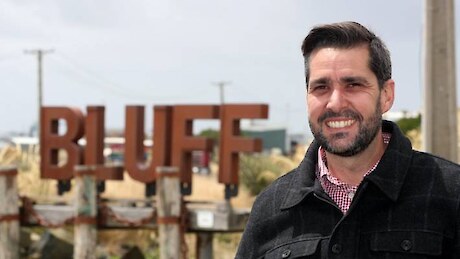 Southland has already undergone this transformation once before, in the 1830s, and Ngāi Tahu historian Dr Michael Stevens says the tribe will be looking to this period as it prepares for the next economic transition when the New Zealand Aluminium Smelter at Tiwai Point closes.

The tribe’s awareness of this history goes a long way to explaining why its so open to a future of green energy for the region and helps them reimagine Southland without the smelter, Stevens said.

With the arrival of whaling, Ngāi Tahu used its environmental knowledge and labour together with imported tools and capital to produce highly sought-after whale oil that “lit the streets of London, Paris, Boston and Bremen, and greased the wheels of the Industrial Revolution…”

Speaking at a science and innovation wānanga in December 2021, Stevens said it could do this again by turning the smelter site into a hydrogen plant.

“As several historians have noted before me, this reshaped Ngāi Tahu family patterns, patterns of labour allocation, consumption and production,” Stevens said.

A whaling station was set up in Bluff in 1836, hot on the heels of a measles’ outbreak in Sydney, that made its way to New Zealand.

But by 1838 a young Māori boy found himself living for a year in a German mission house.

“The world of our tipuna got big – really big – really quickly, But they filled that bigger space. They lived in the whole world, and we owe it to them to recommit ourselves to that horizon or vision.”

It created new jobs for locals and attracted migrants from all over the world, who changed the region’s cultural landscape.

Many of Ngāi Tahu’s great, great-grandmothers married the whaling newcomers and the pou wāhine at the centre of Te Rau Aroha Marae marked the enduring significance of this moment, he said.

The economic transformation brought oars, sails, harpoons, wet-weather gear, and oil lamps, amongst other things, but Ngāi Tahu knowledge of weather, tides and whale migration patterns were the “software” needed to make it all work.

The jobs also brought rangatahi south, allowing southern Māori to acquire firearms and boats to fend off raiders and regain control of their territory.

“In the modern era of corporate raiding, Ngāi Tahu Holdings would do well to heed the lesson on display here,” Stevens said.

“Simply put: Invercargill is not Christchurch’s poor cousin, but we are a saviour in waiting.”

With or without the closure of Tiwai, the tribe is working towards a regenerative and decarbonised future for Southland, he said.

“I am absolutely convinced that Murihiku is about to become better and look different.”