Such an experience for the Kaitiaki Tauira and those from the Taiao Team. 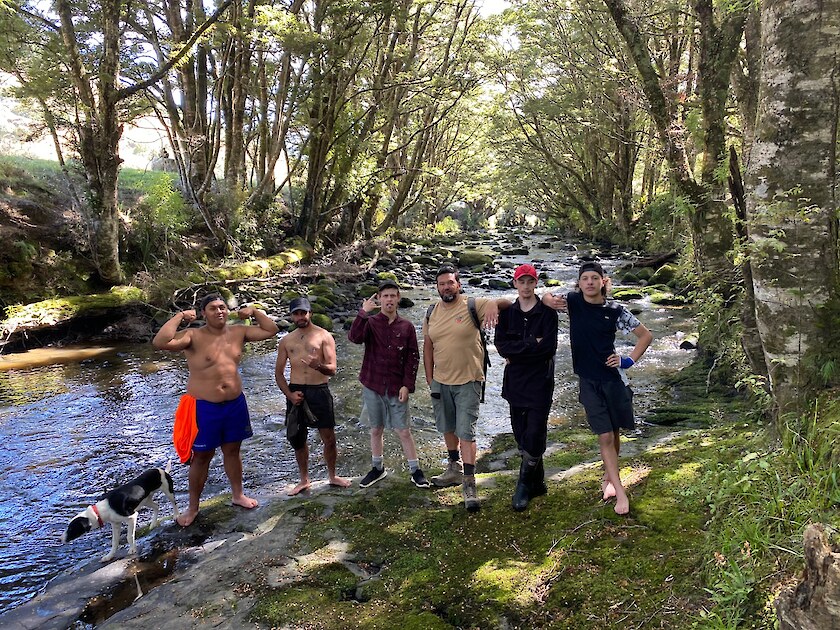 The tauira started their day off on the right foot by setting up camp and were rewarded with the fun stuff, like swimming and the setting up the hīnaki which, they were responsible for the overseeing and the monitoring. It was great to see Kaloni Taylor really getting in there, his commitment was commendable. Raniera Smyth, the self-appointed leader continued to oversee the other tauira throughout the day, making sure they were checking the hīnaki correctly or to simply ensure they hadn’t drowned during the process. 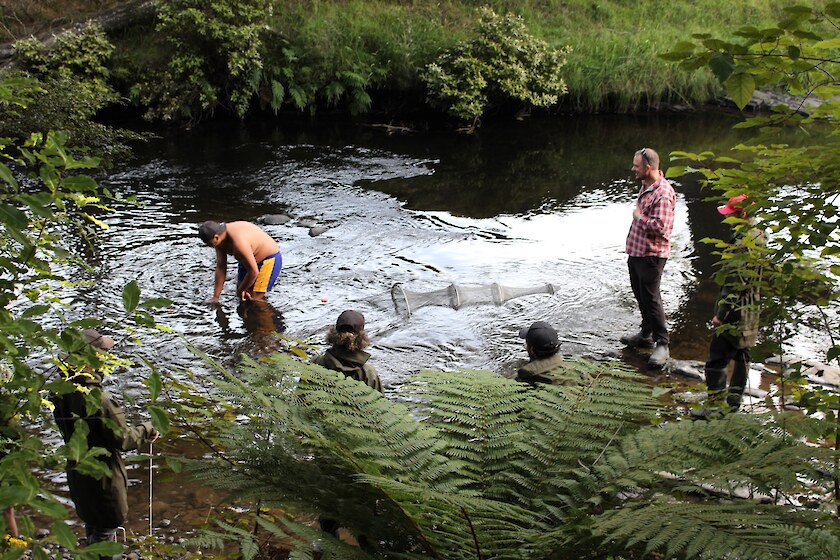 Kaloni Taylor setting the hīnaki while the other tauira watch and support.

Following this, the boys gathered around Matt to watch him dissect a trout he had caught, showing the tauira what the fish had been eating and different parts of its anatomy. As mentioned by Kaloni and Sentre Harden that the trout had eaten a “Caddis and Deleatidium fly”. The time back at camp became a real live-in environment with the boys making a fire, playing ball, making up activities, such as the competition between Josiah Kawana, Kaloni and whaea Abby the Tauira Programme Coordinator! All the rōpū made the most of their time together out in te taiao. Raniera and Josiah, being the tuakana of the group, made sure that the fire kept going all night and really tautoko their tēina.

While on camp, Ian along with the tauira set Harp traps in hopes to catch and observe pekapeka-tou-roa (long tailed bats). 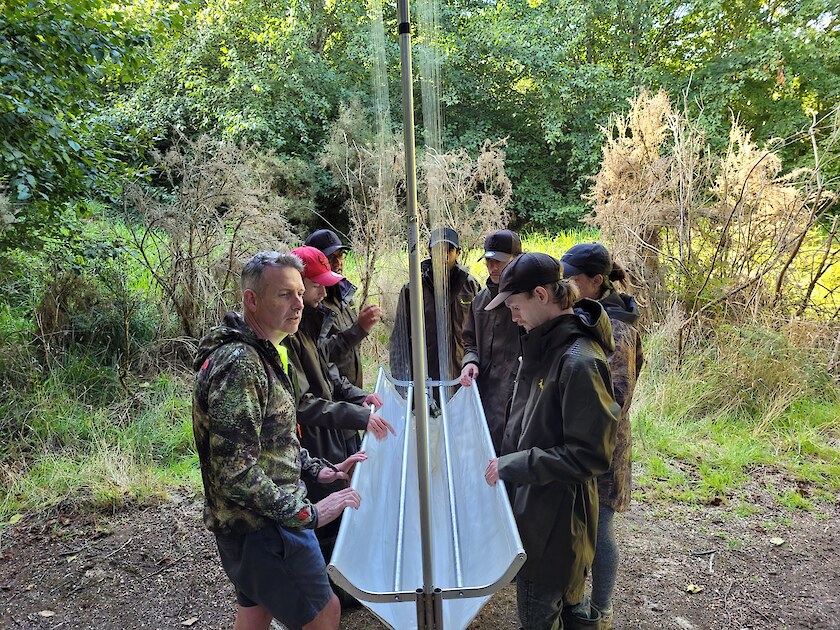 Ian explaining how to set up the Harp traps. The tauira helping to put these together and place them.

Around 11pm during our first observation round, although Ian was skeptical regarding our successfulness in securing any pekapeka. However, everybody got a kick out of being able to see not only 1, but 2 real live pekapeka in action. This was a very rare sight to see, as these bats are critically endangered.

It was cool to hear some of the kōrero from our tauira, like Sentre who said, “man that’s gangsta! They’re gangsta bats” or watching Josh Aitken taking amazing footage of the pekapeka taking flight. He was super proud to share this with the group and even mentioned that he has a passion for taking videos and photos, we could have the next national geographic photographer on our hands! 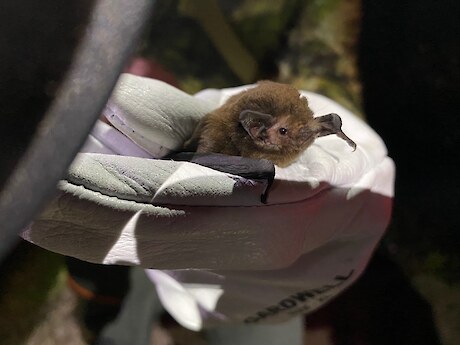 Ian explained how the gear worked and its importance to this mahi, about their wings, how they worked and the significance of the bone structure in their wings. During the other observation rounds that night, the crew saw in total 7 long-tailed pekapeka. The mahi Ian does is very important and being able to not only sight them but to see them take flight after being released was a privilege.

Matt Dale also took the tauira to go night spotting which led to the discovery and capture of a live Redfin Bully and Banded Kōkopu. Josiah was very interested in the discovery and helped Matt to secure and show to the rest of the rōpū. 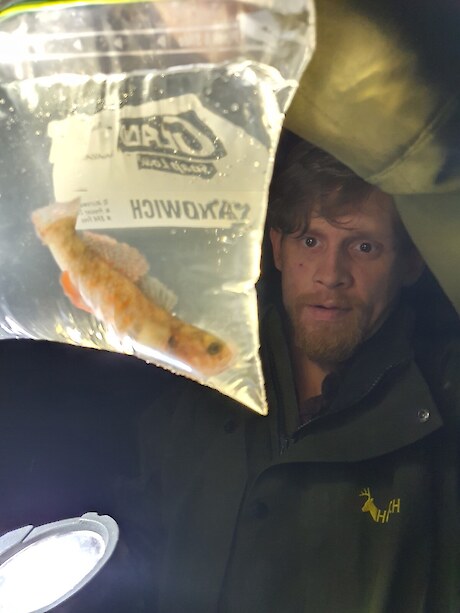 The night also involved equipment which the boys were able to use, such as the thermal vision monocular. Raniera and Josh were occupied for ages, taking photos and videos through the lens using their phones. It was awesome to see them really utilise the equipment and searching out wildlife in the dark.

Overall highlights were seeing the bats first-hand, learning about he ika i roto i te awa, having the tauira being in amongst it, the knowledge we have gained from the amazing expertise on hand! As always, we thank Toitu te Whenua (LINZ) who supports and funds this kaupapa, and of course, the helpers that make this Kaupapa happen, you know who you are, thank you!

Check out the photo gallery on the Hokonui Rūnanga website for more photos!