Tiwai Point decision and Clean Energy – can Murihiku do both?

On Tuesday 8 February Rio Tinto announced it wants to delay the closure of the Tiwai Point Aluminium Smelter. This was just 6 days after the Just Transition workplan for Murihiku was released, in response to the previously indicated closure of the smelter in late 2024.

Despite yesterday’s announcement by Rio Tinto, Minister of Energy and Resources Megan Woods said her vision for the future had not changed.

“Developing new industries, creating new jobs, improving the community’s ability to manage economic shocks, setting Southland up for the future - these give Southlanders options that are not dependent on one large employer,” Woods said when the Just Transition workplan was announced. Read more here. 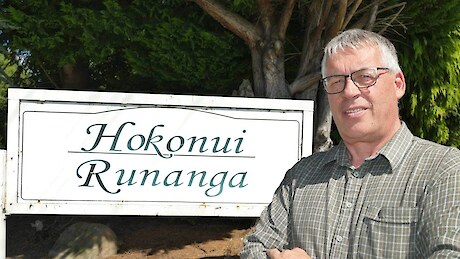 “We remain focused on the work before us – and will work constructively with all of the key players. Nothing has changed with the comments over the last few days”

Key to the Just Transition process in Murihiku is the Clean Energy workstream, which is led by Murihiku Regeneration. The importance of moving to a low carbon economy was highlighted by Prime Minister Jacinda Arden in her statement to Parliament yesterday, outlining the Government’s policies and plans for 2022.

When referring to the government’s economic plan moving forward, the Prime Minister stated:

“That’s why our economic plan is to build a high wage, low carbon economy that provides economic security in good times and bad.

“Our economy cannot afford to return to business as usual, because the status quo is unsustainable.

That’s why tackling climate change will be a core part of our economic strategy.

Climate change must not overwhelm us, in fact, it is our greatest opportunity for new jobs and higher wages.

For a country already earning a premium from our clean, green and innovative image, there is an opportunity to use that natural advantage to create new jobs in new industries. It will also reduce New Zealand’s reliance on global energy prices.

Other countries are moving to compete for and seize these opportunities. New Zealand cannot afford to be left behind. Not economically or morally. Not when the future growth of our exports will be built on a credible plan to bend our emissions curve and meet our targets.

Mr Speaker, this year our first Emissions Reduction Plan will put innovation and clean technology at the heart of our economic transition.”

“Mr Speaker, as a Labour government, building skills and training opportunities is a key part of our agenda.

It not only links in to our wider plans on infrastructure, it also underpins and enables a productive, high wage and innovative economy.”

Clean energy – the way of the future

In summary, Murihiku Regeneration will continue with its kaupapa and strategic direction for a better more resilient Murihiku irrespective of the business decisions made by Rio Tinto. What is the future of clean energy in Murihiku? Watch this space ….