Research shows Murihiku rangatahi are some of the most disadvantaged in New Zealand, but that’s slowly starting to change as iwi and other organisations work to create a more inclusive education system. Louisa Steyl reports.

When Te Rourou, Vodafone Aotearoa Foundation asked Murihiku rangatahi last year about the challenges they faced, their responses were difficult to read.

“The girl from Windsor got all this support. The South City girl just sat there. She put her hand up, but the teacher just walked right past her. Teachers don’t see us as equals,” one young Māori Southlander said.

“I think that the ‘you’re not going to get anywhere’ mindset is one of the big goals for us to overcome,” said another.

“I was young, Māori, brown-faced, pregnant and they [my school] were like, ‘you’ve got to go’. And then there was this young Pākehā Year 9 student, and she was heavily pregnant, and she was all good to stay there,” said another.

But multiple initiatives launched last year hope to build environments where learners of all ages can thrive, rather than just survive.

The quotes were collected by Te Rourou as part of its “Thriving Murihiku” research that looked at opportunities to make a tangible difference to the lives of Invercargill youth.

Using Statistics New Zealand data from 2018 to 2020, the foundation found in May, 2021 that 2550 – or 29 per cent – of young people in the city experience exclusion or disadvantage – the highest rate for any city in New Zealand.

The resulting report will act as a compass to guide the foundation as it builds a plan to half the number of youth experiencing exclusion in the city, before rolling out the plan to other parts of the country.

Head of the foundation Lani Evans said “the ultimate component of any strategy for success is to make rangatahi the leader in designing their own future. Keep their voices alive in any future mahi in Invercargill.”

With Murihiku going through an economic shift as the closure of the New Zealand Aluminium Smelter draws nearer, Murihiku Regeneration has partnered with the Ministry of Education to make sure rangatahi will have the skills and expertise they’ll need to participate in the new economy. 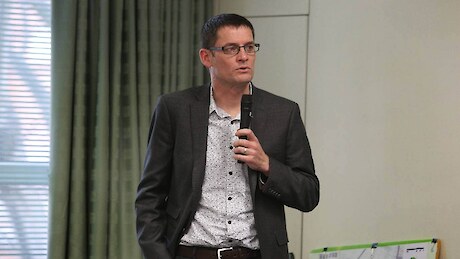 The idea is to understand future workforce demands and the aspirations of the community and then partner with tertiary institutions like the Southern Institute of Technology to make sure the training that’s needed is easily available in a way that makes it easy for people of all ages to train.

The programme will also raise awareness about career options, giving youth the opportunity to explore careers they may not have considered.

Māori students from the Southern Institute of Technology also helped guide the changes Te Pūkenga, the new Crown entity set up to manage polytechnics, will implement after compiling its “Te Rito – Insights from learners” report this year.

In Southland, students felt they needed help choosing the best course for them and more help to find work after they had qualified, while many faced financial constraints.

The project aims to take a whānau-centred approach to building equitable career pathways for rangatahi and smoother career transitions for pakeke (adults).

The programme’s model recognised that not all 15-year-olds knew what that wanted to do with their lives and that their identities were shaped by their lived experiences, he said.

The students identified support and advice from tutors, being able to find information easily on an institution’s website, and placement opportunities as factors that would help them succeed.

Hokonui Rūnanga kaitoko matāuranga Jo Brand said the insights captured in the report mirrored what she was hearing from not only tertiary-level students but high schoolers as well.

“It’s on the money,” she said, adding the report was comprehensive and showed that Māori students had been actively heard.

Brand was also pleased that the report highlighted efforts already under way to address the barriers to success for students.

As mana whenua, Hokonui Rūnanga is also playing a supportive role in the roll-out of the Ministry of Education-led Te Hurihanganui initiative.

This initial stage was about adults taking a step back and analysing the barriers to ākonga Māori learning, Brand said.

“It’s just about taking the time to reflect,” she said, which unfortunately included some difficult conversations about systemic racism.

Using the example of only parents attending school meetings, Brand said Māori family units were sometimes larger than just parents and children, and since school time took up very little of a child’s time, it was important to get the whole family on board.

Edendale’s policy meant “all the people involved in this future are at the table if they want to be”, she said.

Parents appreciated being asked their opinions and suggestion for how the education system could better serve their children, Brand said.

For teachers, the pilot was about understanding the Māori worldview, so they could teach it, she said.

Glenham School has been adding a Māori lens to day-to-day lessons.

Principal Cheryl White said teachers were making sure tikanga and te reo Māori were part of daily activities to create a multicultural environment.

She believed the initiative would benefit all children because the holistic Māori world view puts children at the centre of learning.

Edendale Primary principal David McKenzie said the school was surveying its teachers, students, and parent community before formulating its next steps.

“Te Hurihanganui has been able to provide seeding funds for projects which has really helped,” he said.