GP crisis in Waihopai in the spotlight again

The GP crisis in Waihopai/Invercargill is back in the spotlight.

According to Stuff at least 3,000 people in Invercargill currently do not have a doctor. New residents are on waiting lists, and some are even making the five-hour round trip from Invercargill to Dunedin to see a GP. Further, even people with a GP are waiting up to three weeks to get an appointment.

Stuff sent questions to Prime Minister Jacinda Ardern asking if she felt the GP shortage was acceptable in Invercargill and what the government might do about it. A response was provided by the Minister of Health Andrew Little. Little said the shortage of GPs was a concern.

“People shouldn’t have to wait long to see a doctor. Primary health care is critical to the future of New Zealand’s health system, and one of the major reasons for our reforms,” he said.

He also noted the partnership between WellSouth, Awarua Rūnaka and Hokonui Rūnanga to develop Te Hau o Te Ora - a whānau-centred primary care service in Invercargill, saying: “This is exactly the sort of initiative our health reforms are about.” 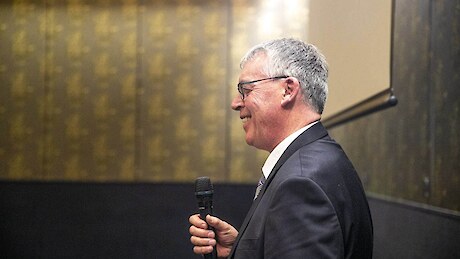 However, even this new and much needed service has been put on hold until a doctor is found to run it.

Andrew Swanson-Dobbs, CEO of WellSouth stated that: “We see this partnership as something that is both needed and helpful for our community. As a priority right now , we will be proactively working to ensure we can bring in additional general practice support for our community.”

In September 2021 Te Hau o Te Ora (The Breath of New Life) was launched in Invercargill.

This partnership is a new, from the ground-up initiative that addresses the needs of the Invercargill community, with a focus on making real change that will result in improved equity of access and equity of health outcomes. The recent Covid-19 vaccination campaign has highlighted the existing issue that a number of Invercargill residents are unenrolled in a general practice. Māori health providers have reported that many of the people they provided services for remained unenrolled and unable to access primary care services, funded screening programmes and long-term conditions support. Māori and Pacific residents are disproportionately affected and miss out on preventative and ongoing health care and other social services.